LeBron James and the Los Angeles Lakers continue to roll with a 112-107 win over the Oklahoma City Thunder.

James earned his fifth triple-double of the season and made history in the process:

First player ever to have a triple-double against every team in the league: @KingJames 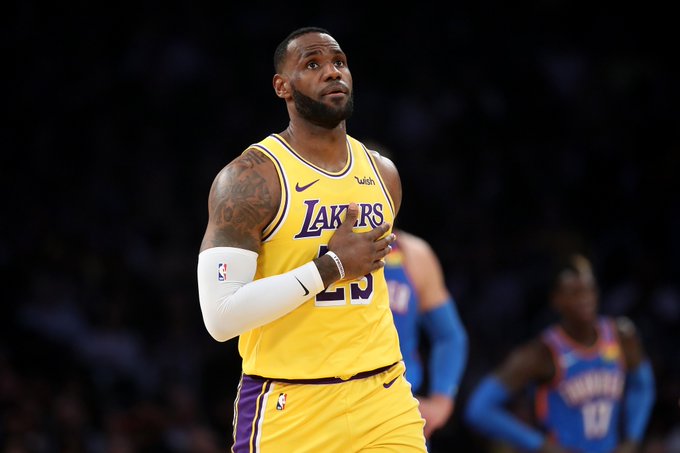 14.6K people are talking about this

He and Anthony Davis combined for 59 points Tuesday at the Staples Center to help the Lakers earn their fifth straight win to move to an NBA-best 12-2 for the season.

Los Angeles appeared set for an easy victory until Oklahoma City used a 9-0 run to cut an 11-point deficit down to two in the final minute. Kentavious Caldwell-Pope then came through in the clutch to secure the victory. 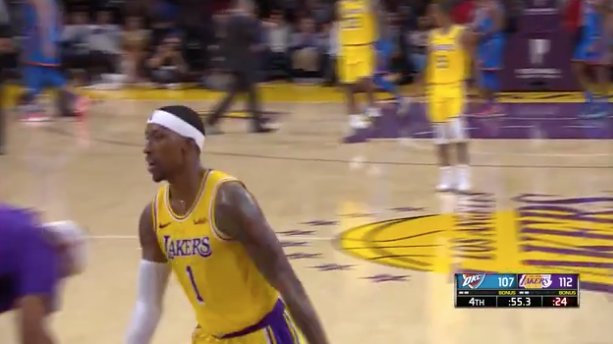 858 people are talking about this

LeBron and AD Getting Comfortable Together

Some were concerned with Davis’ health after he missed one game with a shoulder injury and totaled just 31 points in the next two games combined. There weren’t any complaints after this game, as the All-Star went off with 34 points on 13-of-24 from the field.

The most surprising part of his performance was the outside shooting, finishing 3-of-5 from beyond the arc after shooting 25 percent from deep entering Tuesday.

Meanwhile, James wasn’t exactly quiet with some huge dunks throughout the game:

LBJ with the left 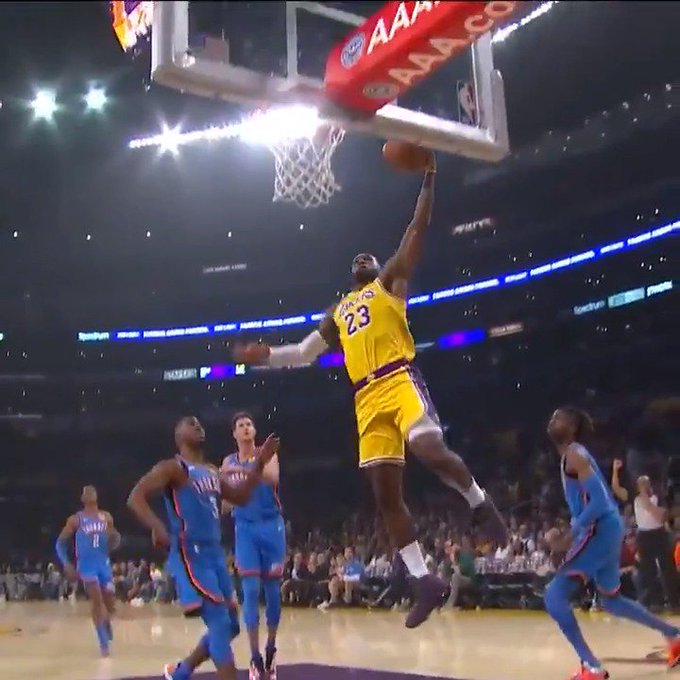 LeBron is just having fun with it 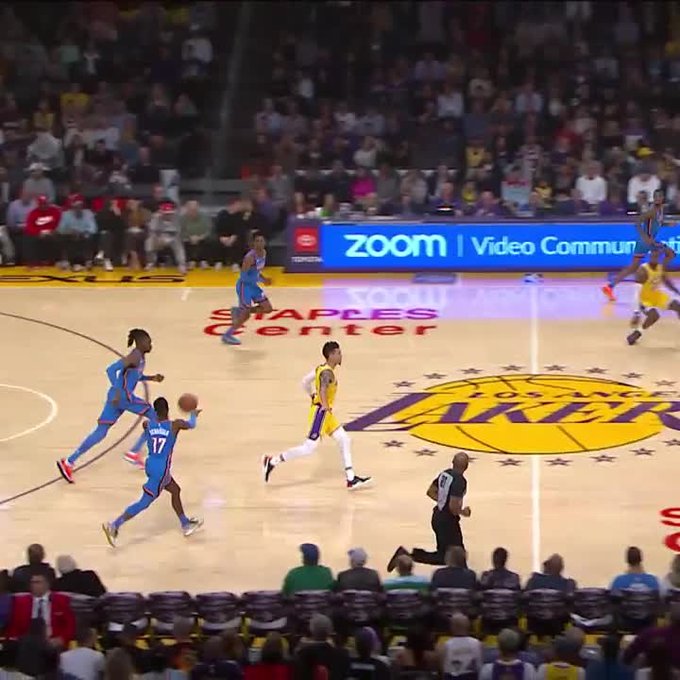 242 people are talking about this 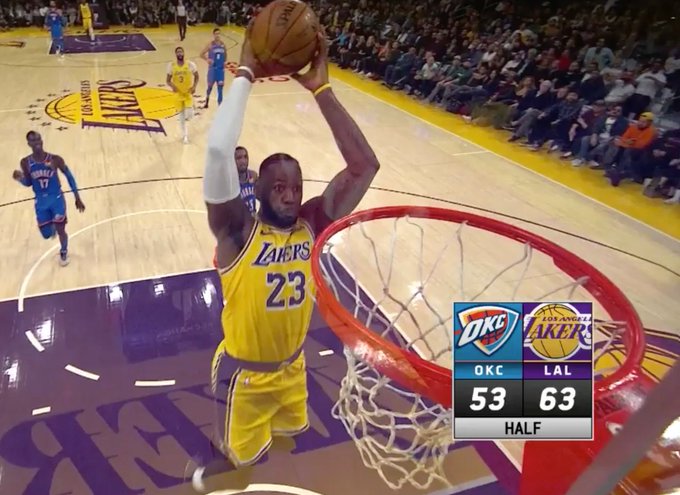 3,474 people are talking about this

It’s of course not news that these two are elite players, but the important part is how well they played together.

James and Davis looked good on the fast break and were unguardable at times: 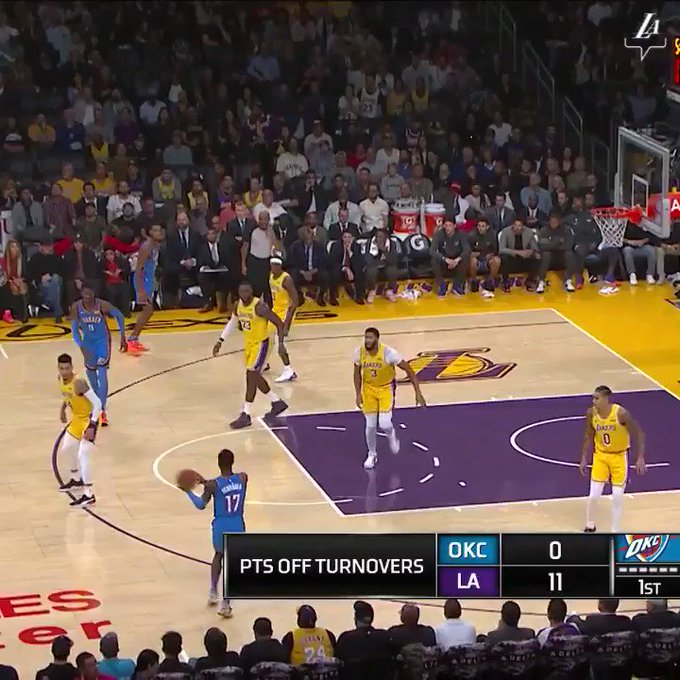 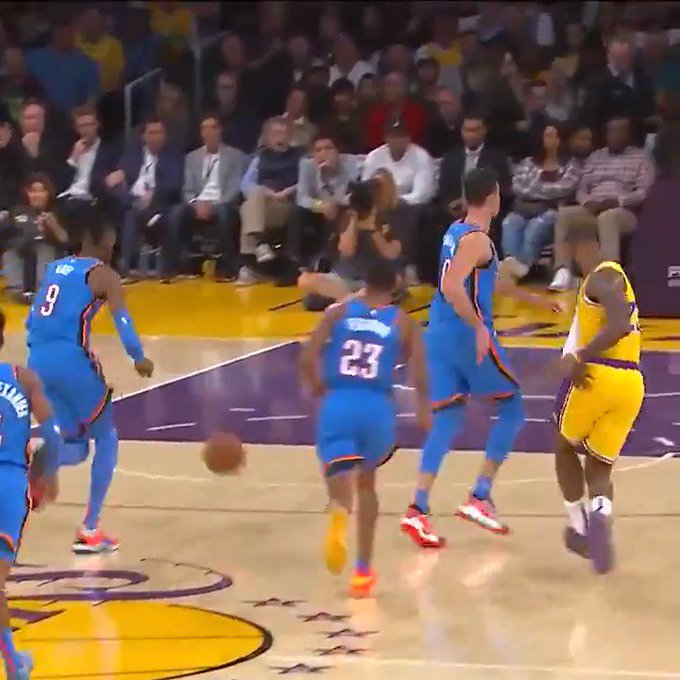 204 people are talking about this

That LeBron/AD fast break was gorgeous from start to finish

140 people are talking about this

Bron & AD in the pick and roll…sheesh

The duo had been alternating big games, going five straight outings without both reaching 20 points. However, both players took charge at different times Tuesday and showed they can each dominate at the same time.

As the two superstars continue to gain chemistry on the court as the season rolls on, the Lakers could be even tougher to beat.

Every time this game seemed like it was headed toward a Lakers blowout, Schroder came through with a huge bucket to keep things close. Though he only played 29 minutes off the bench, the guard was everywhere while finishing 12-of-20 for 31 points.

On a night where Chris Paul was virtually nowhere to be seen and Steven Adams was badly beaten by Davis, Schroder was nearly unstoppable offensively.

Though it wasn’t enough for Oklahoma City to pull out the win, the season-high performance could be huge for the team if he can build on it going forward.

The problem is the lack of consistency over the course of the season for Schroder, who has finished with more games in single digits (five) than with at least 20 points (four) in 14 games so far this year. He showed his upside against the Lakers, driving to the net with ease while knocking down shots from the outside.

If he can provide anywhere near this type of production on a nightly basis, the Thunder will be a dangerous team for the rest of the season.

These two teams will get a rematch in three days as the Lakers and Thunder play Friday at Chesapeake Energy Arena.