9to5toysNBA fans know that over the last decade or so, there’s only been one option when it came to a true virtual basketball simulation. 2K Studios has enjoyed leader of the pack status for some time now with its basketball franchise, while competitors like NBA Live have fallen to the wayside. While Madden and FIFA have healthy followings, no video game release enjoys the same type of annual fervor quite like 2K Day. With a huge portion of NBA rosters turning over this summer following an unforgettable stretch of free agency, the hype was through the roof for the latest edition of NBA 2K. The 2019-20 version is set for launch today and that means it’s time to share my thoughts on the latest edition, which I’ve been able to play for the past few days. Head below for this year’s NBA 2K20 review.

Last year’s rendition of NBA 2K sold well over 12 million copies, making it one of the most popular basketball simulations of all-time. The developers behind 2K20 made an extra effort to seek out the die-hard community throughout the demo and beta process, offering input on Twitter throughout the process.

Amongst the biggest additions this year is a refreshed MyCareer mode with Idris Elba sitting center stage throughout, adding an extra dose of celebrity this year. This is also the first time that the WNBA is being included with full rosters in a 2K video game. The Neighborhood also makes a triumphant return with new outdoor pro-am modes and more.

Each year it seems like the folks behind 2K make various tweaks to gameplay, which naturally causes an uproar on Twitter amongst the diehards. If you’ve played the game in recent years you’ll feel largely at home when jumping into gameplay initially. Visuals remain undefeated as some of the best in the sports genre, with facial animations and in-arena action looking great as always.

For those familiar with the series, there are a few gameplay tweets that will be particularly notable. One of which is 2K’s tweaking of how speed and turbo have once again been integrated into the title as a central piece of gameplay. The button-mashers among us may be most comfortable holding the turbo trigger throughout, but 2K has re-examined how sprint is being used. It’s now seen as a periodic tool used to get open or fly to the basket. In turn, stamina has also been changed to greatly dissipate if the turbo trigger is held down throughout. Want to send LeBron to bench quick? Keep that pointer finger held down, because these slight tweaks really matter in 2K20.

In early demos the shot meter was larger, which I personally welcomed, but in the final production version is was shrunk back to 2K19 levels. Complaints from the community largely led to this change. I would like to see the default setting be slightly easier to score, as it can be very intimidating for gamers new to the title to find the rhythm required to compete online. Thankfully a few hours on the practice court helps to remedy this issue in due time. 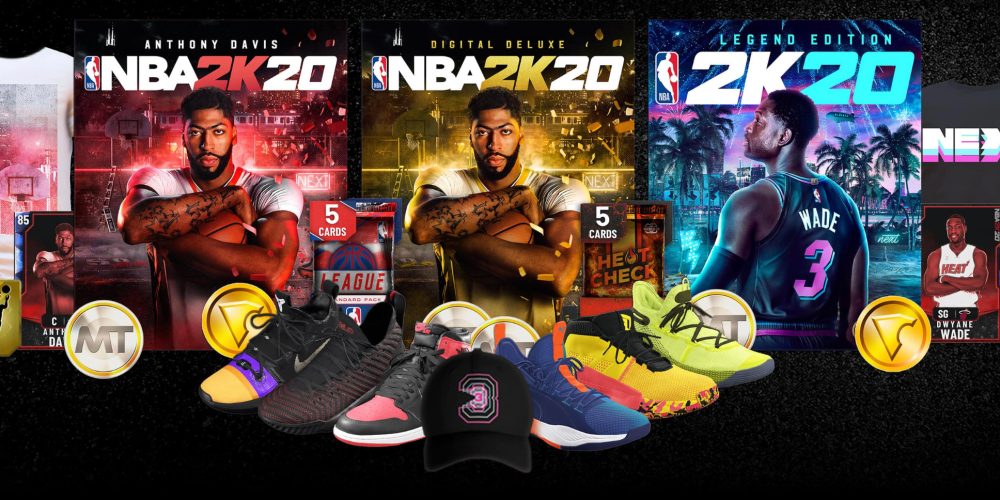 Authentic of a sports sim as you’ll find

If you’re a gamer who craves authenticism, you’ll be happy to know that expansive playbooks for each team remain in place. There’s also plenty of coaching tweaks available to make the gameplay just as you like, whether it’s strategy changes or moving sliders around to make shooting easier.

Overall, the gameplay remains beautiful and authentic to the NBA. There are slight tweaks here and there that veterans will notice right away, but the game is still visually stunning as it masters player recreations in a way other titles fail. While Madden has its own diehard fan base, there’s no denying that 2K is up against a larger task as players are more identifiable with helmets and the overall popularity of the NBA in 2019.

I only had a few days to actually play the game, but MyCareer seems to follow the same predictable pattern of taking your player from relative unknown to stardom. Idris Elba delivers some serious star power but the typical cheesy scenes and one-liners still creep up from time to time.

It’s hard to capture the breadth of which NBA 2K20 covers this year. There’s something for everyone, from online gamers to those looking for a long career journey. The visuals, gameplay, and experience all continue to be undeniably first class. There’s so much to dive into here that you’ll need the entire NBA season to catch the all action NBA 2K20 has to offer. Whether you are new to the series or not, 2K20 is a no-brainer for any basketball enthusiast.